We all love a special occasion, and it’s fair to say spring/ summer is the season for them! You only need to glance at your diary to see it’s filled with weddings, stag parties, christenings, birthdays and the rest. Once the outfits are sorted, a family photo is the natural next step. Yet trying to get everyone together, forward facing, eyes open and smiling is no mean feat. This season, we say it’s not about the photo, it’s about getting your people together! We caught up with our RI cast on set to talk us through their family photos…

Tell us about Oscar…

He was born nine years ago, Darcy is his partner, she’s older than him - she’s a cougar!


Who’s in the family photo?


What relationship do they have?

They’re very close, they’re family. They watch for each other and check on each other. Don’t get me wrong she tells him off now and again! Oscar thinks he’s top dog, he’s pushy and very affectionate. He’s a big softy!

What’s happening in the photo?

We were asked to help Samantha Jones put a portfolio together of dog portraits. The photo she wanted was all on the chaise longue. It took a long time to get that photo. Roxy was only just over a year old and wouldn’t sit still! By the end of the shoot, we got some great shots though!

What did it take to get this perfect shot?

My husband was behind the chaise longue holding Roxy from behind so she wouldn’t jump off! I was at the front shouting STAY!

I’m Stefanie Lange and I’m an actress and model.

Tell us about your family photo…

We wanted a family portrait and a friend of mine, Jerry D. Wild used to take photos of me when I was living in New York. It was really hard because Shembo had just had an operation and had a shunt put in the side of his head and we weren’t sure if we were going to lose him or not so we put this photo together. He’s now fifty. So he did quite well! This is taken on the ranch where Jerry lived. I made all the outfits. It was a special time, we were very much in love. We loved our children, we were hippies, doing our thing. Eating good food, growing our own food.

What would a family portrait look like today versus this one?

I would have two more children in it and it would probably be somewhere in LA, maybe by the beach. I try to get there at least twice a year.My grandchildren would be in it too, I have four.

What role is yours in the family photo?

I’m the matriarch. They look at me for guidance when they’re having problems in their relationships and they often help me too. They know how to move in today’s world.

My name is Junior Choi, I’m from London and was raised here. My family are from Gambia and I’ve been modelling for three years and I do music too.

Who’s in your family?

My mum, my little brother and a few close friendsI’d consider as brothers. I’ve got family around the world in Spain, Switzerland, Sweden and loads in Gambia, my grandad lives there. That’s my Grandad in this photo.

Tell us about your family photo…

So there’s me, my Grandad, Momodou and my neighbour’s newborn daughter, Adam. She’s named after my mum because our neighbours love her so much.

I was trying to get a picture with Adam to send to my mum but she wasn’t happy. We’re in my Grandad’s house in Gambia. I get to see him about twice a year, that was my first time actually meeting Adam and my mum hasn’t met her yet either. Before I came in the shot she was smiling and happy and then I came in and she was just crying. It was quite funny to be fair.

What does it say about your family?

We are just really chilled. Nobody’s looking at the camera, we’re all relaxed.

I’m Kate, I’m from Ireland and I’m a model with Down Syndrome. I’m 20 and have been modelling since I was 16.


Why is it important for you to be modelling?

I had no real friends when I was 16 but I’ve made so many new friends modelling. A lot.


Tell us about your family photo…

I have two brothers, Patrick and Michael, Patrick lives in London and he’s 30 and Michael is 24 and has had a girlfriend for two years which is lovely. He’s a student in Liverpool. I have a sister, Ella, she’s 17 and loves showjumping. My mum and my dad, they first met when they were in a night club in Ireland and started dating. Now, they’re married and have amazing sons and daughters. I was born with Down Syndrome which has its positives and negatives but I just see the positives - I love it. I’m a fighter. And I love my followers and my fans.

Where was the photo taken?

It was taken in Ireland last year in Clifden. We’d been on a long hike together.

What’s it like when you try and get a family photo?

Sometimes it’s difficult but it’s rare we’re all together at once. I love it when we are. Michael is the hardest to get a photo of. He’s shy sometimes, same as Ella. Patrick loves taking photos, he’s always at the centre! 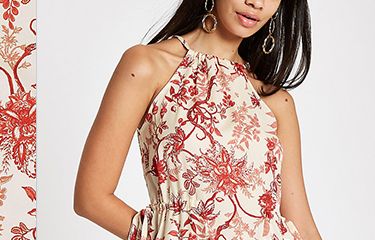 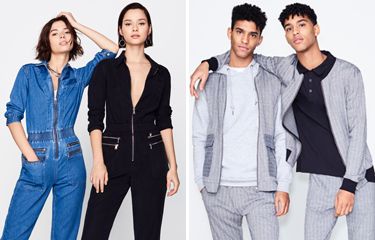 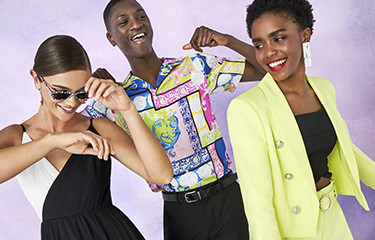 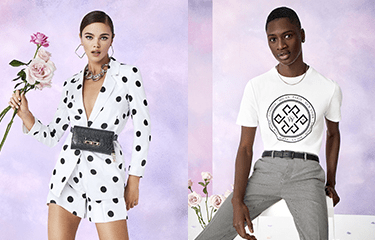